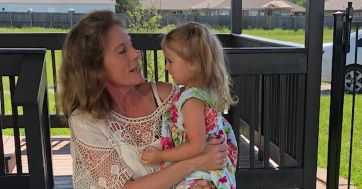 The Second Time Around: My Own Food Sensitivity Story

I first used the MRT test on myself several years ago, after very successfully using it with a bunch of clients for a couple of years. I had always had it in the back of my mind that I needed to do the test on myself because of two conditions I had that were related to autoimmune though not actually autoimmune themselves, and for gas/bloating and edema in my hands and feet.  I finally bit the bullet and did the test and protocol following, which worked beautifully!  Gas and bloating GONE in a week!  Edema GONE!  And no episodes of Iritis (a very painful eye condition associated with autoimmune disease) for several years.

But then I started having attacks of Iritis more frequently.  This very painful attack on the iris of your eye can stop you in your tracks!  No looking at a computer screen, not even a cell phone.  No rooms with the light on.  No wearing of an eye patch to block the light because it’s too hot.  No driving–at least not safely because the sunlight is too bright and headlights just kill you.  No reading.  No watching TV.  Literally, life just STOPS!

Since Iritis is autoimmune in nature, I had already stopped eating gluten.  At first, whenever I had an attack I could pretty well blame it on some very small ingestion of gluten–half of a cookie, or sauce on something at a restaurant, etc.  But then the attacks kept happening and more frequently, and I wasn’t ingesting any gluten!  I know stress can play a role, so I blamed it on that.  Until I noticed my hands and feet starting to swell a bit more.  And then I started having a LOT of gassiness after dinner.  That was it.  I KNEW something in my diet (not gluten) was causing inflammation for me and that inflammation was behind all of these symptoms and the more frequent Iritis attacks.

Plus, COVID happened.  And it’s known that you’re more susceptible to a worse case if you have inflammation due to the involvement of ACE-2 receptors.  So here I am, blood pressure increased (forgot to mention that!), obvious signs of inflammation, and a pandemic of a disease that targets inflammation.  That decided it!  I tested again!

I was so surprised at the changes in my results!  Some things that I had previously been very reactive to were now very low in reactivity.  And some things that had previously been very low were moderately reactive.  This is because food sensitivities will change slowly over time even if you do nothing.  But in my case I HAD dome something about them and so the foods that I had kept out of my diet for a period of time were now showing up to be fine, while others that had been in my diet continually were not.

I started my food protocol the last week of June 2020.  That meant I had to eat ONLY the foods that I tested very low reactive to for the 4th of July, when my husband and I co-host a very large gathering/fireworks show.  No problem!  I packed my own food and beverages and it was easy peasy!

My goal was to be able to add in untested foods for an anticipated camping trip with friends mid-August.  I was able to do that, and that trip was soooo easy as well.  It’s a lot easier to fix your own food when you are camping versus staying with relatives or friends or in a hotel.

I must admit, the ENTIRE time I followed my food sensitivity protocol this second time around during the pandemic was extremely easy.  I did not experience any grocery store shortages of the basic foods I needed to eat to stick to my plan.  (Neither did any of my clients in all parts of the country, btw.)  Restaurants were closed for part of the time (or maybe only doing take out, but they don’t deliver to our area), and we were used to eating at home a lot more and entertaining friends and family at home rather than out.  When I went to the homes of others for a meal I either took my own food or, if they insisted, worked with the host on the menu.

And the great part?  I’ve not had a bout of Iritis since (knock on wood!), and the swelling in my hands and fingers and also the bloating and gassiness disappeared in the first week!  It was so simple I’ll probably do it again in a few years just to stay on top of the game in keeping my inflammation at bay!